The Founding of Communities In Schools of Greater Greensboro®

The History of Communities In Schools of Greater Greensboro® 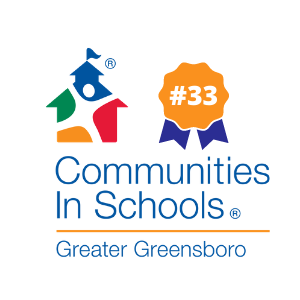 Community leaders such as Jim Melvin, Carol Bruce, and Hayes Clement found unacceptable the double- digit dropout rate for the County and Greensboro City School systems in 1986-87. From the halls of the Greensboro Economic Development Corporation, led by Jim Melvin, the community reached out to Bill Milliken, founder, Cities in Schools (CIS) to come to Greensboro to discuss the virtues of CIS and how it might be applied to the local challenge that included teen pregnancy, juvenile delinquency, substance abuse and a overall lack of coordination and integration of existing community resources to address the underlying challenges.

With a $46,250 Venture Grant from the United Way, public and private leaders such as Jim Melvin, Hayes Clement (Arthur Andersen & Co.), Pete Deschenes (AT&T), Lynda Clifford (Community Volunteer), Art Constantini (Guilford County Schools), and Sue Medley (Greensboro Public Schools) began to assemble the unprecedented support of other public and private leaders such as the Guilford County Board of County Commissioners, the Greensboro and High Point Board of Education, GCS and HCS leaders, corporations such as Wachovia, AT&T, Ciba, et al. On January 8, 1988, the Agency drew its first breath.

With the daily, voluntary leadership of Hayes Clement who had worked with Bill in Atlanta on the first rollout of CIS, the community came together to produce the first version of CIS beginning with the 1988-89 school year. The program served 84 students at Lincoln and Northeast Middle School at a total cost of $57,000.00.

To date, the organization which became Communities In Schools of Greater Greensboro® in 1998, has served over 51,000 students at 22 schools and the Black Child Development Institute. It has connected over 7.6 million dollars of in-kind services and donations. During their participation in the program, 99% of students have remained in school. Countless lives have been altered for the positive.